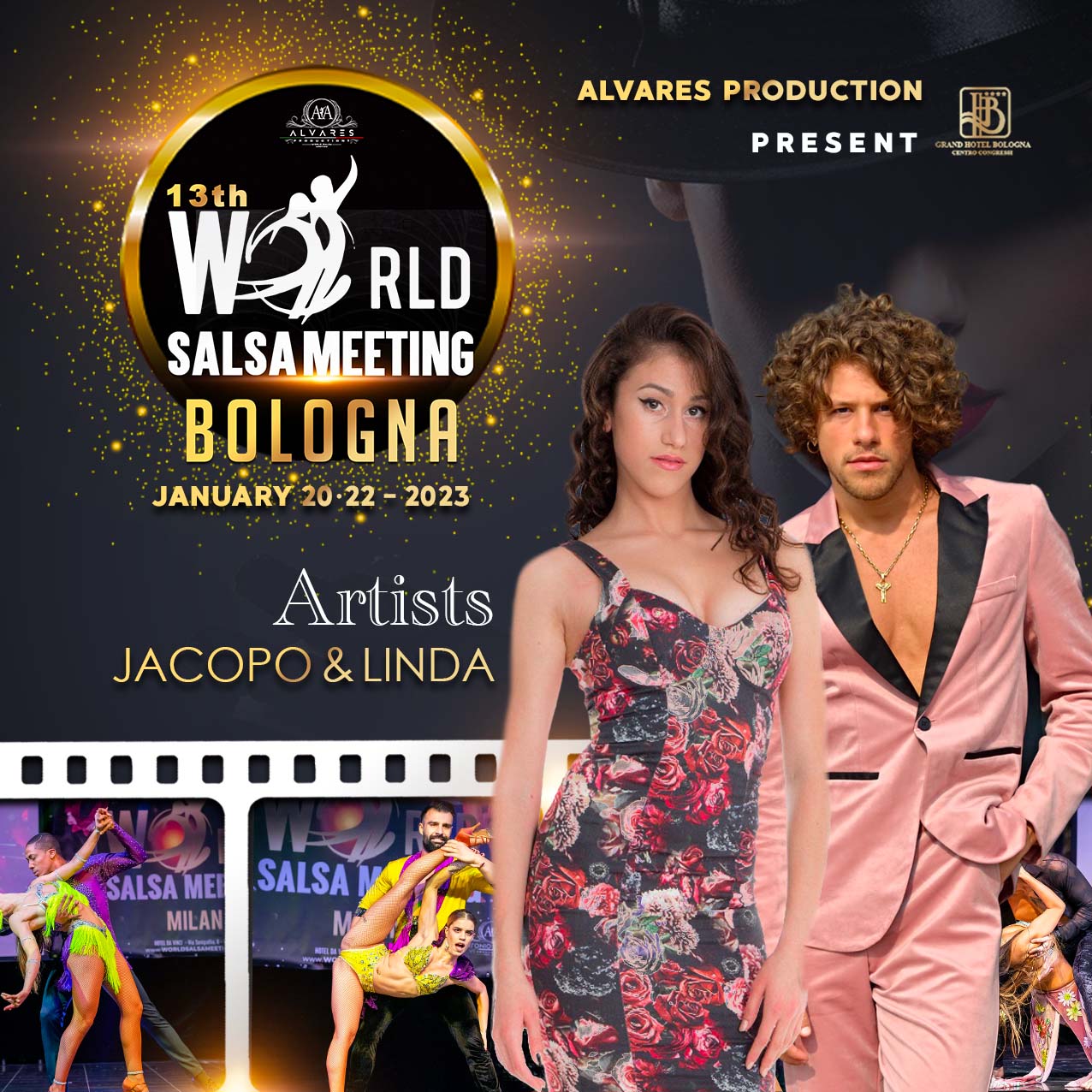 Jacopo and Linda, born in Brescia (Italy), showed their love for Latin American rhythms and dances from an early age. Theirs is a great passion which they can no longer give up. Their talent was immediately noticed by the greatest Salsa artists in the world and Jacopo made his debut as a salsa dancer making his debut at the age of 15 in the group “Latin Soul Dancers” of maestro Adolfo Indacochea. Linda, on the other hand, made her debut in this world at just 11 years of age, supporting the master Adolfo in some of his couple choreographies and also becoming part of the group. The two have trod the boxes more? greats of the world and their harmony and their great feeling do not go unnoticed. The two brothers in October 2017 create the couple J&L (Jacopo y Linda) and shortly after they debut with their first choreography entitled “La Reina” which made them known all over the world. Their passion, commitment and their elegant traditional mambo style, fused with elements of other disciplines they receive more and more the appreciation of the salsero public, who, day after day, falls in love with them. In April 2018 they participate in the television program “Dancing with the Stars” thus bringing their mambo to RAI 1 in prime time. This is followed by the most important meeting of their career: it is precisely during the “On2 Salsa Congress” event in Milan that the Master of Masters, Mambo King Eddie Torres, at the end of their show decides to invite them to New York to study with him. Eddie and Maria Torres, the main pioneers of mambo all over the world, therefore decide to host them to teach them all their great knowledge and to recognize them, together with Eddie Torres Jr, the heirs of the mambo, symbol of the “New Generation”. As the very young brothers Jacopo and Linda say, the most exciting thing about this experience was the great affection received by the Torres family who truly consider them as real children. The two boys, in fact, receive precious advice and great pearls of wisdom from Dad and Mom Torres that allow them to experience the dance with love, respect and serenity. Jacopo and Linda spent whole days listening to Mr. Torres’ stories and anecdotes, studying new steps, listen to music and watch videos of the history of the mambo, which the King of the Mambo keeps well guarded. Precisely for this reason? admiration for their “Papa del Mambo” It is eternal and they will be forever grateful and grateful to this living legend to which they want a world of good !!!